Me – A, where are your glasses?
A – I don’t know.
Me – When was the last time you had them?
A – Well, I was reading in class and they were on my face and then suddenly they weren’t there.
Me – OK. (I mean, what else can you say to that?)

While talking about the State of the Union Address to the kids…
Me – …so Congress is kind of like in Star Wars where Senator Amidala used to go and talk to all those people and make laws and decisions.
J – So, President Obama is going to talk about Star Wars?
Me – Probably not.
J – Aawww… 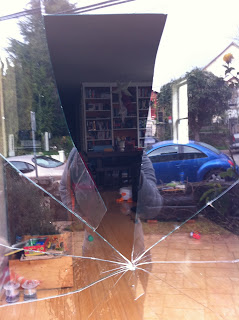 So far today I have…burned my hand, picked one sick child up from school, discovered that another child threw a baseball through the front window, been locked out of the house by the same child, and spent way to much time on the phone with my insurance company only to find out that we no longer have prescription coverage through them.

I think I’m going to go take a nap and see if I can’t start my day over. 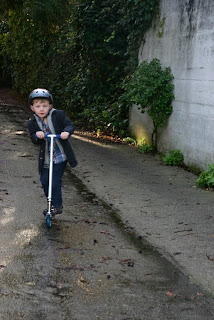 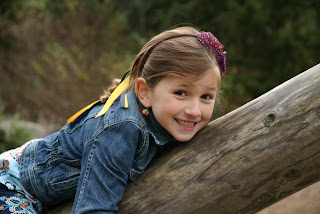 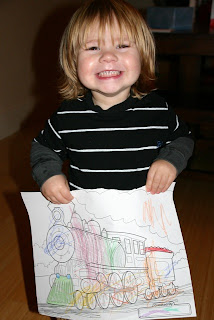 A trip to Bahrain.

One of my very favorite friends is moving there today. I moved away from her last summer, so I’m surprised at how sad I am about this. But, a flight to Seattle is so much shorter and cheaper than a flight to the Persian Gulf. A, being best friends with her daughter, has decided we should go there next summer. I’m not convinced that is going to happen (especially since summer in the desert sounds rather unpleasant). Maybe for Christmas. Maybe.

Until then we’ll have to figure out Skype.

I was cleaning out my Facebook inbox last night and there were dozens and dozens of emails we had sent back and forth the past couple years, mostly involving watching each others kids, rides to Girl Scouts, girls night out. Boy do I miss having her live a couple miles from me.

We had a rat in our house a few weeks ago. Not a cute little mouse. A big. Fat. Long tailed. Rat. Normally I’m not too troubled by rodents. This, however, put me over the edge.

Z and I were trying to take a nap when I first heard it under the bed. It’s just a binky, I thought. Somehow rolling around and around on the floor. I almost convinced myself it was true. Then I looked up and saw it climbing the bathroom door. Of course, the first thing I tried to do was take a picture of it with my phone so I could prove how big and monstrous it really was. But I wasn’t quick enough and it ran back under the bed. At that point I couldn’t get out of the room fast enough. I almost left Z behind. I mean, who wants to wake a sleeping toddler up? But, the images of the rat climbing on him were too much so I grabbed him and fled, slamming the door behind me. I was sure it was confined to the room at this point. The space under the door was too tiny for it to crawl under, right?

For the next week I slept in A’s bed, not wanting to be anywhere near it. By the time I had finally summoned up the courage to sleep in my room again, Mr. D had been banished to the couch, due to a cold resulting in excessive snoring. 4 days later I found out that he and the rat were having late night rendezvous’ in the living room. And that he saw it crawling under the door to the kids rooms. That’s when the trap came in. No more nice, humane, super sonic noise makers to chase it away.

It took one night to catch it. It stole the cheese bait 3 times before Mr. D put the peanut butter in the trap. Thwack! Twitch, twitch, twitch, scratch, scratch. Not wanting to get up and see what happened, I actually texted Mr. D at 1 in the morning to find out if it was dead. It was, after being thrown across the room and twitching feebly for awhile. Mr. D waited until it was stiff until scraping it off the floor and entombing it in a plastic bag. In. The. Kitchen. Trashcan. Not outside, mind you. In the house! It sat there all day because I was afraid to touch the trashcan. Yuck.

So, the rat is gone. And a skunk has taken its place. Not in the house, thankfully. Maybe underneath the house. Or somewhere close by. I thought we left the rodents behind in Washington when we moved here.